Back
€ 25 Add to cart
Vogliamo Tutto
Cultural Practices and Labor 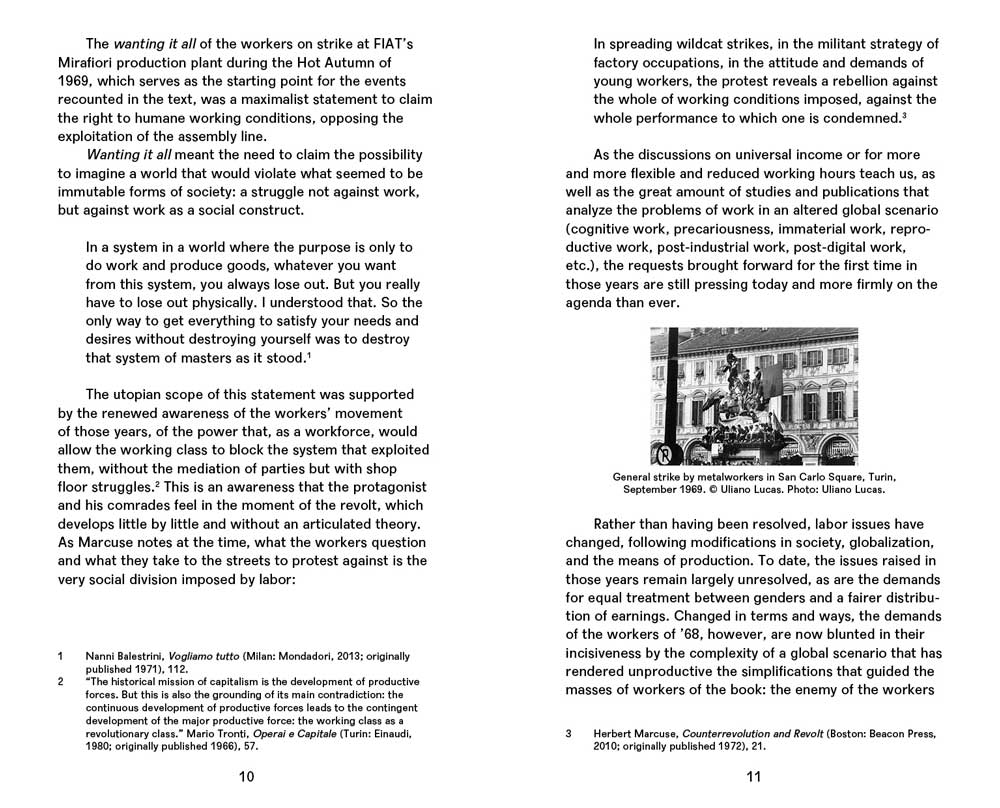 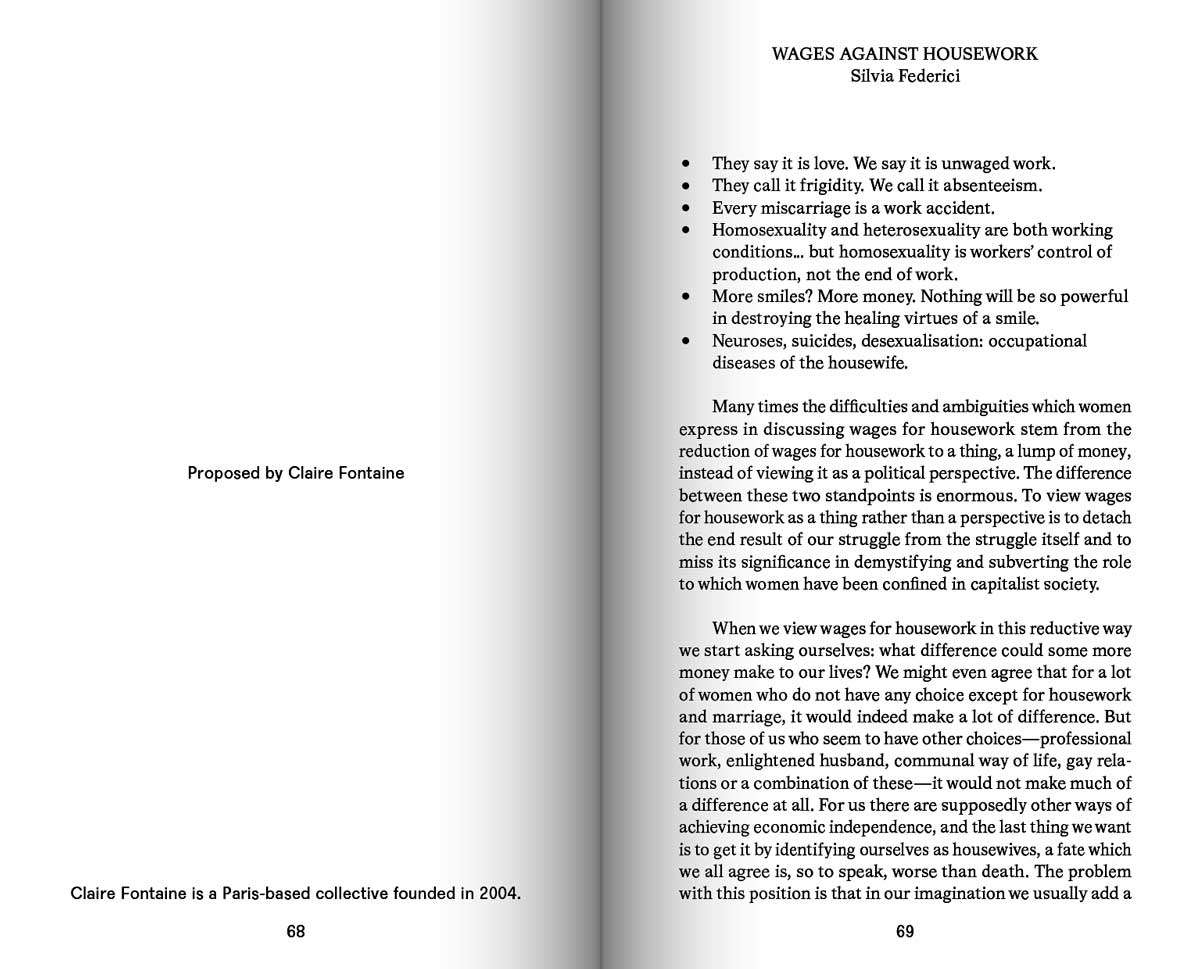 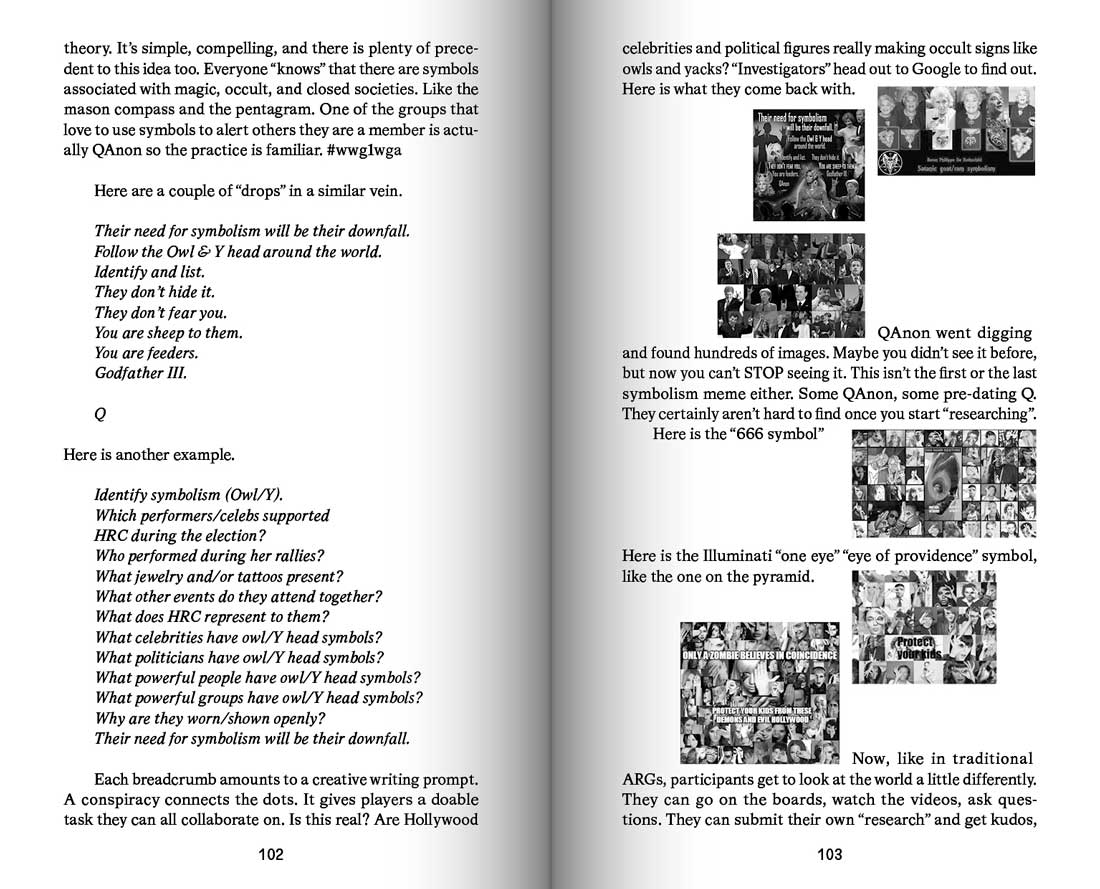 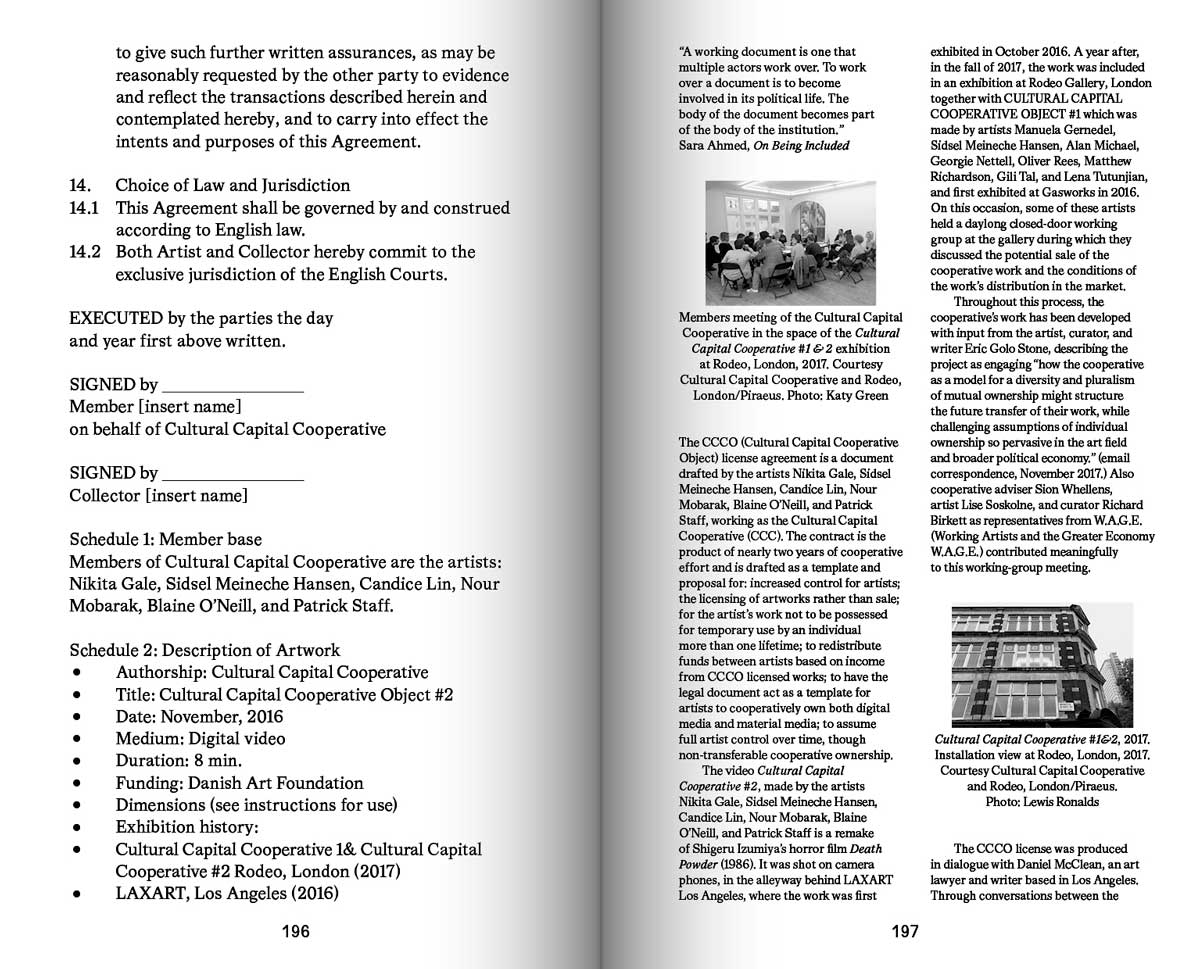 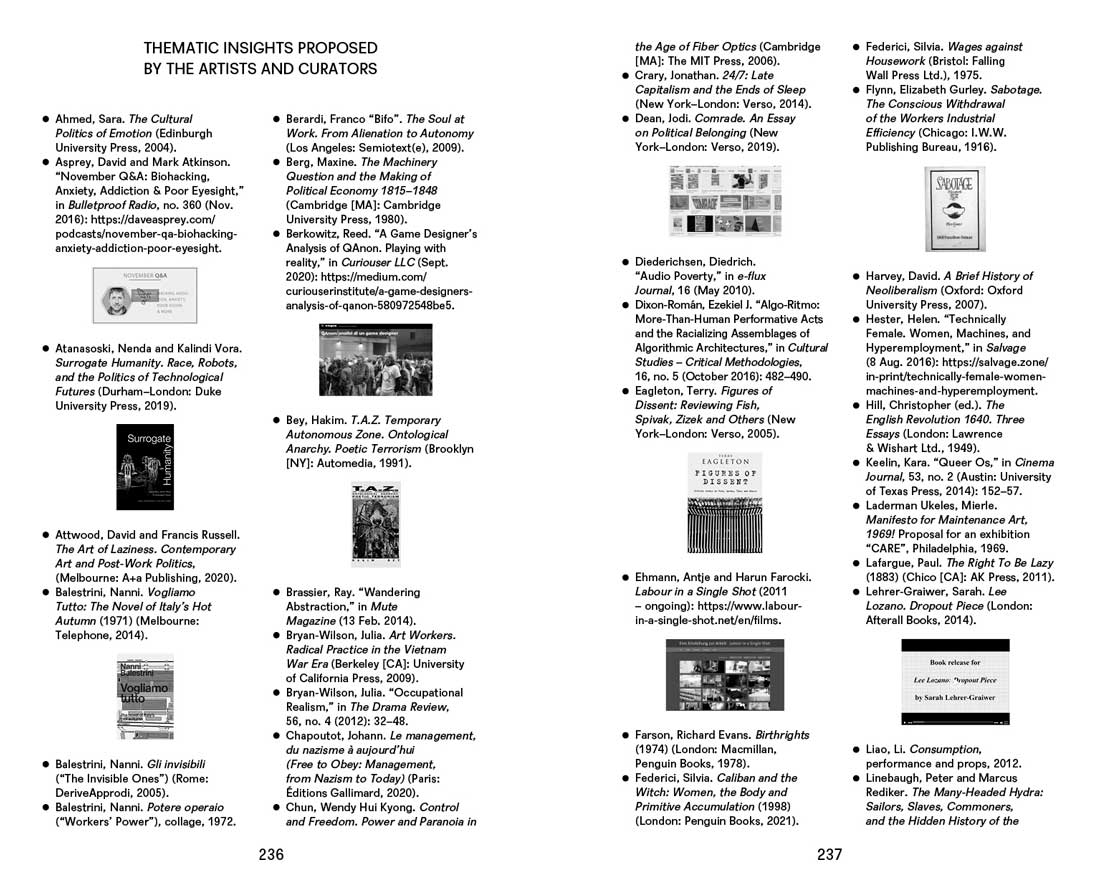 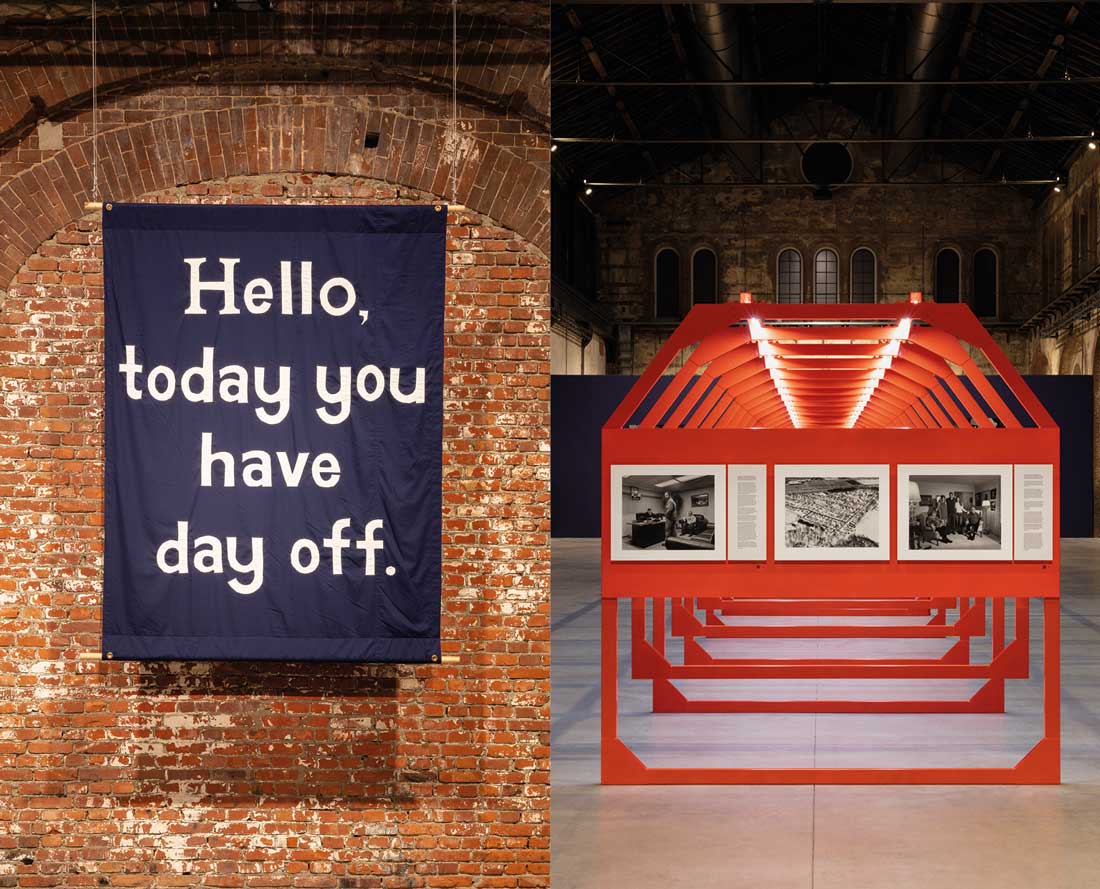 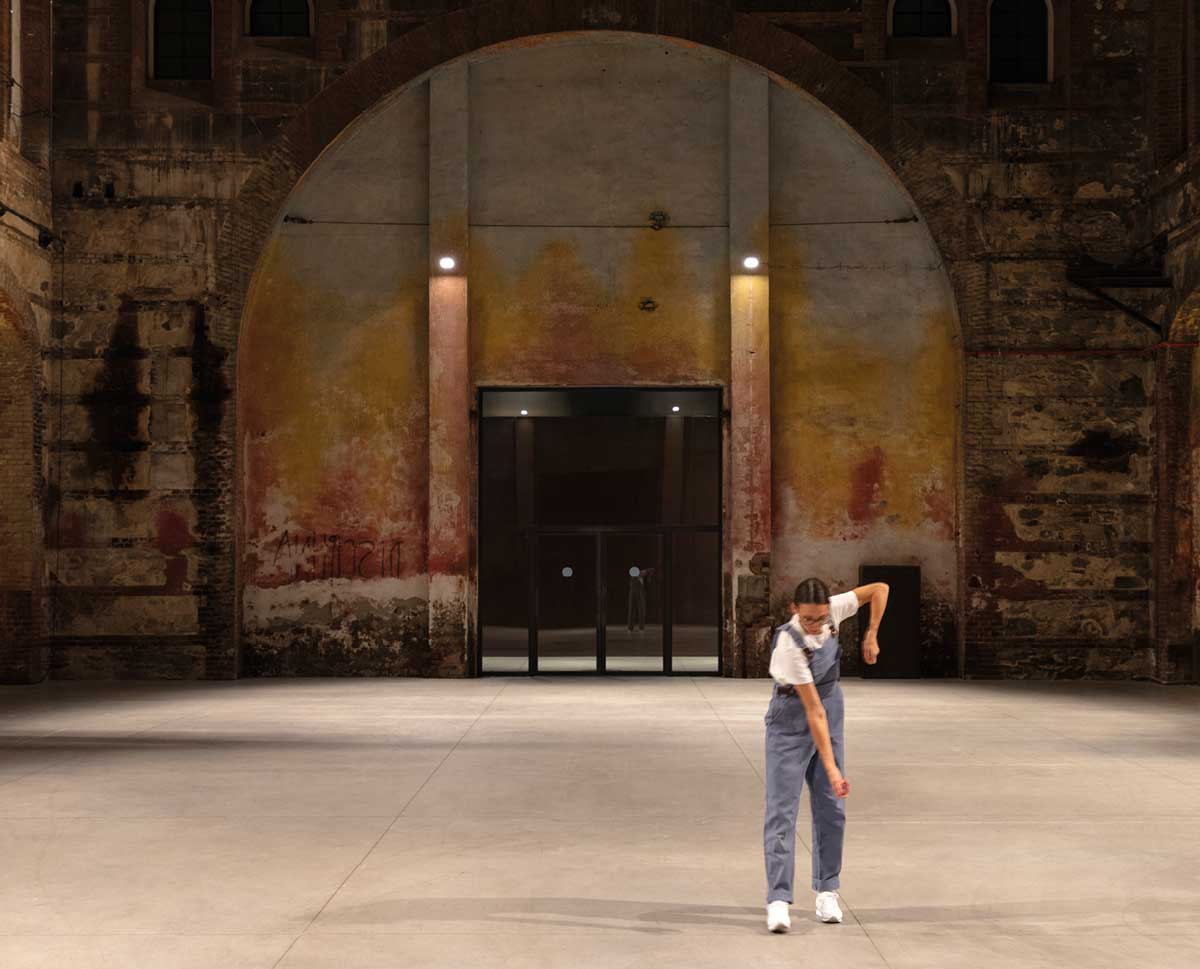 Vogliamo Tutto. Cultural Practices and Labor has its origin in the novel Vogliamo tutto (1971) by Nanni Balestrini, whose protagonist Alfonso Natella became the voice of an entire generation as well as the workers’ movements in 1968 Turin. In 2021, thirteen artists were invited to reflect on the change of labor in the contemporary context. The result is a sum of choral voices and practices, which together outline the peculiar transformative nature of labor and its socio-cultural context over a wide time span: from the impact of the Industrial Revolution to the post-industrial decline and the shifts of the digital era.

The archive texts include the essays “Automation and the Invisible Service Function” by Neda Atanasoski and Kalindi Vora; “Audio Poverty” Diedrich Diederichsen; “Sabotage” by Elizabeth Gurley Flynn; “Wages Against Housework” by Silvia Federici; “The Wreck of the Sea-Venture” by Peter Linebaugh and Marcus Rediker; “Charlotte Posenenske Mimetic Minimalism and Practicability” by Renate Wiehager; an excerpted texts from The Human Animal by Émile Zola; as well as the articles “A Game Designer’s Analysis of QAnon” by Reed Berkowitz; “Manage Your Energy, Not Your Time” by Tony Schwartz and Catherine McCarthy; the “Letter of Protest, Frieze Art Fair, New York” by Andrea Bowers, and the “License Agreement” by the Cultural Capital Cooperative collective; the script from Erie by Kevin Jerome Everson; a conversation between David Green and Rick Smith, UAW Local 1112, and LaToya Ruby Frazier.

Samuele Piazza is Senior Curator at OGR – Officine Grandi Riparazioni, in Turin. He curated Vogliamo Tutto and solo shows by contemporary artists such as Mike Nelson and Monica Bonvicini. He also founded and co-curated the experimental series Dancing is what we make of falling, an exhibition format mixing video screenings, talks and performances.

Nicola Ricciardi is the Artistic Director of miart – Milan’s international modern and contemporary art fair since October 2020. From 2016 to 2020 he has been Artistic Director of OGR – Officine Grandi Riparazioni, in Turin, where he organized over 20 exhibitions including solo shows by Tino Sehgal, Susan Hiller, Mike Nelson, Monica Bonvicini, and Trevor Paglen, among others.