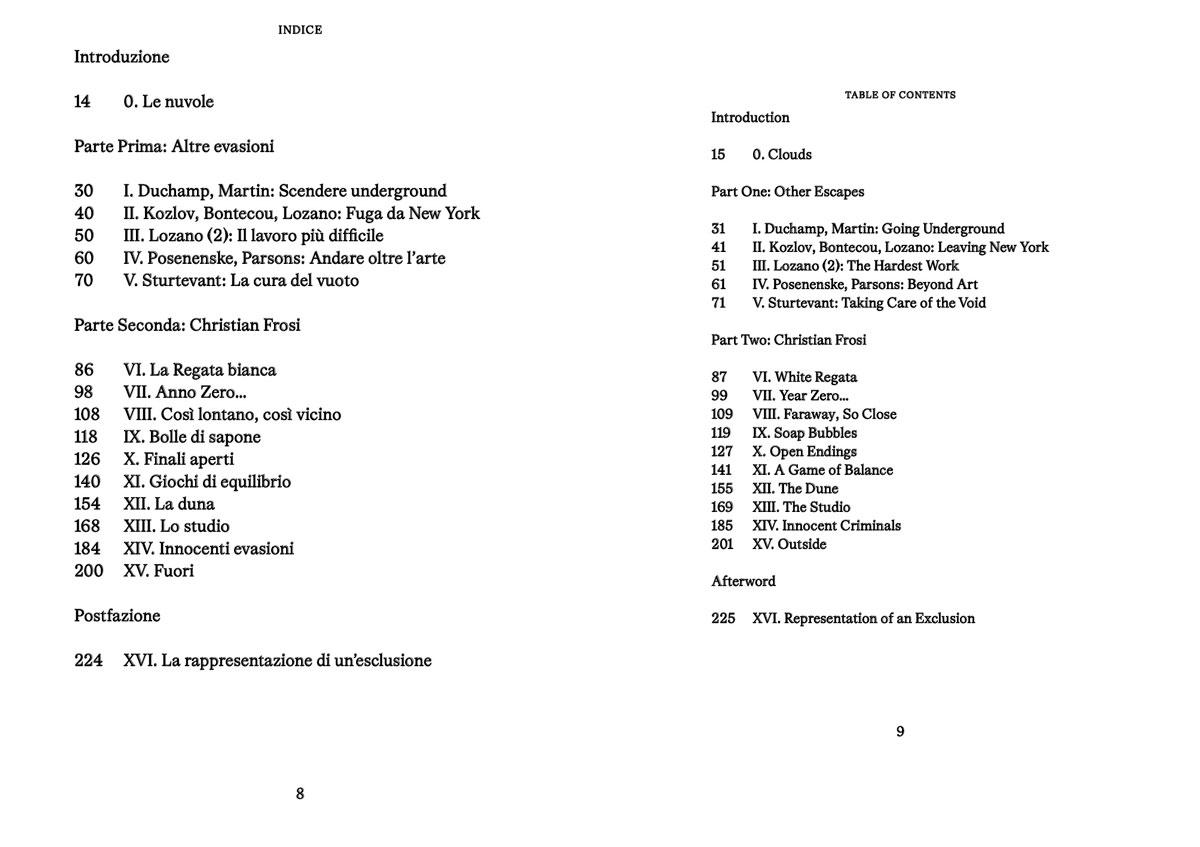 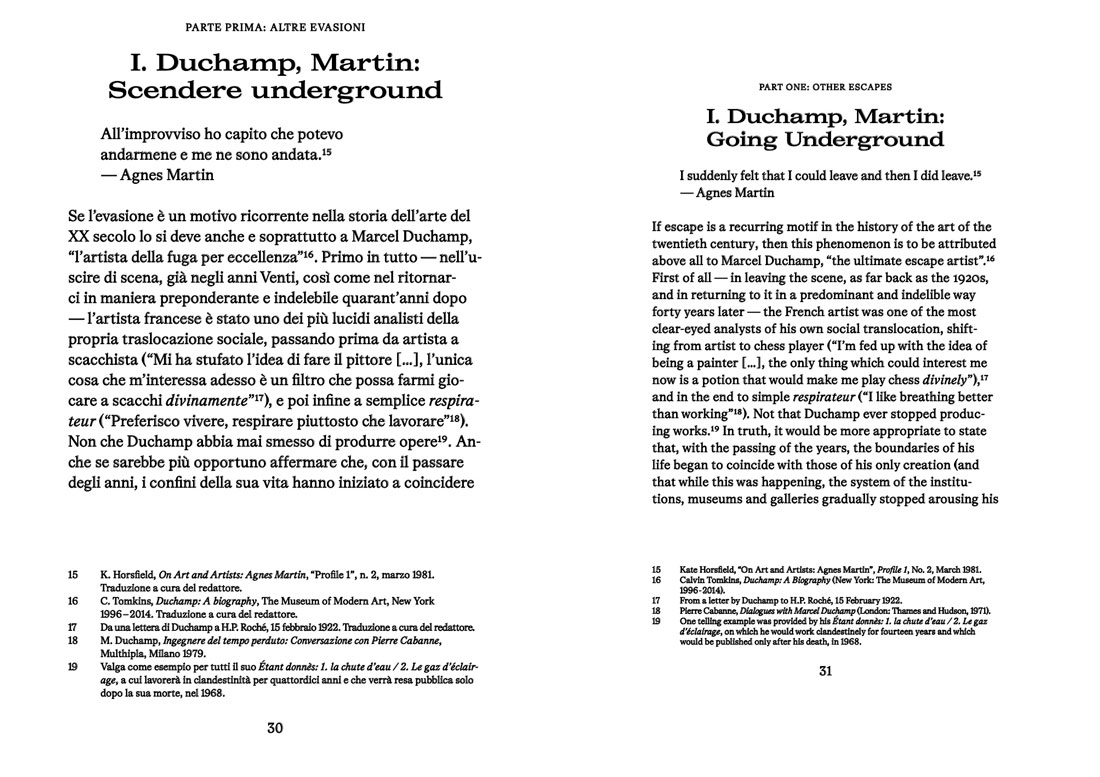 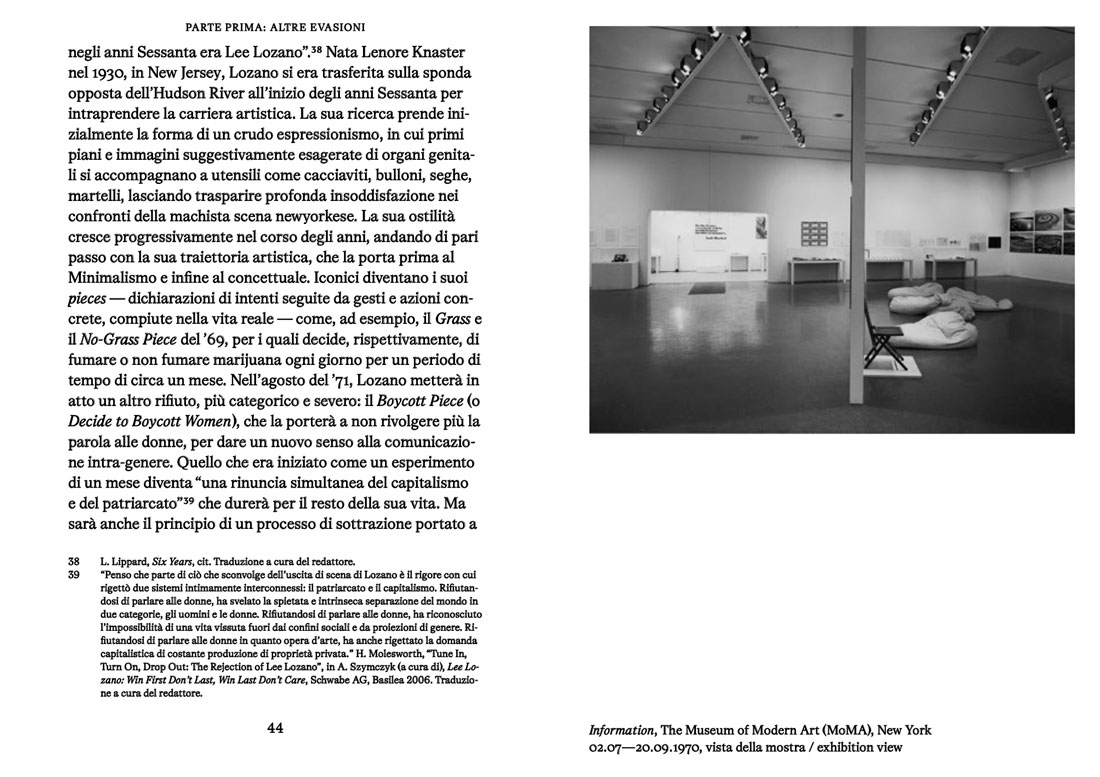 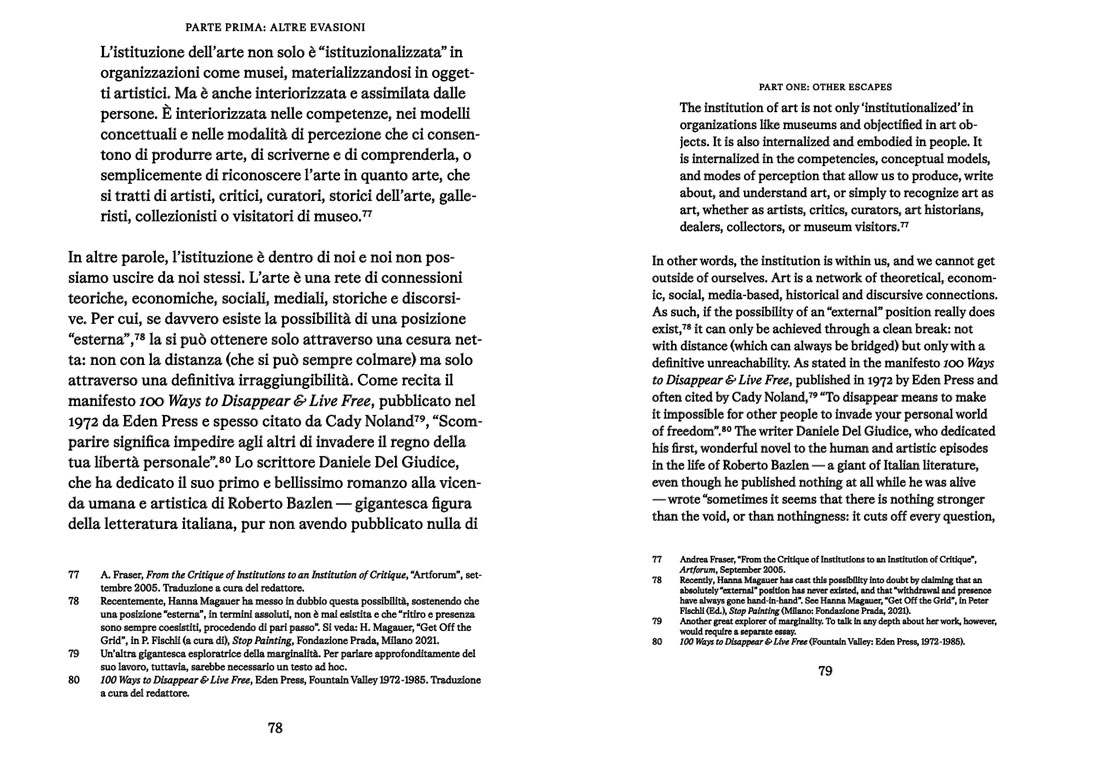 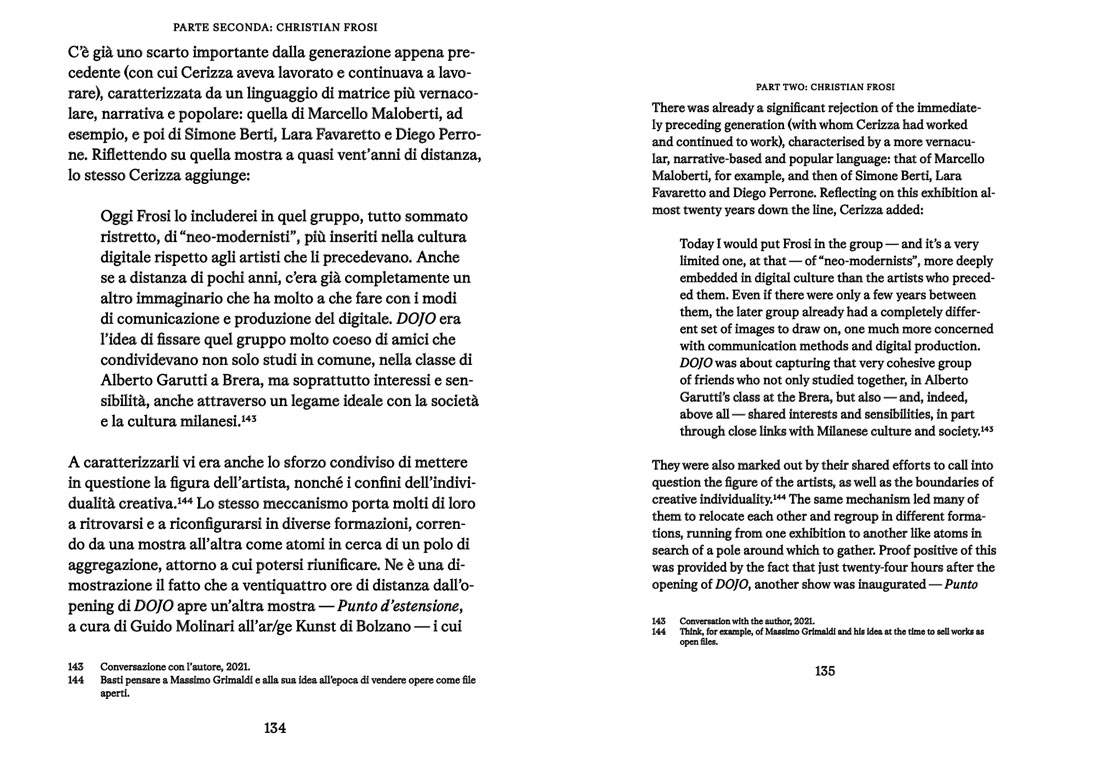 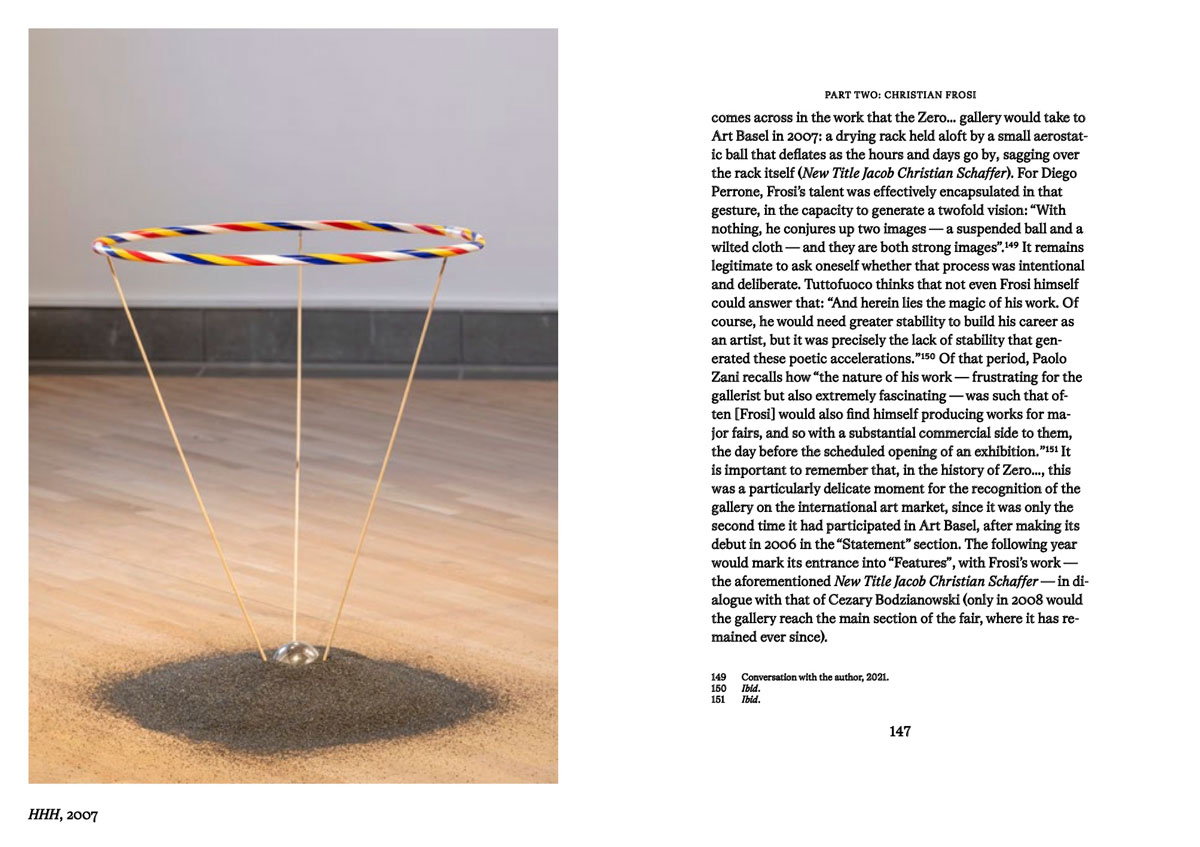 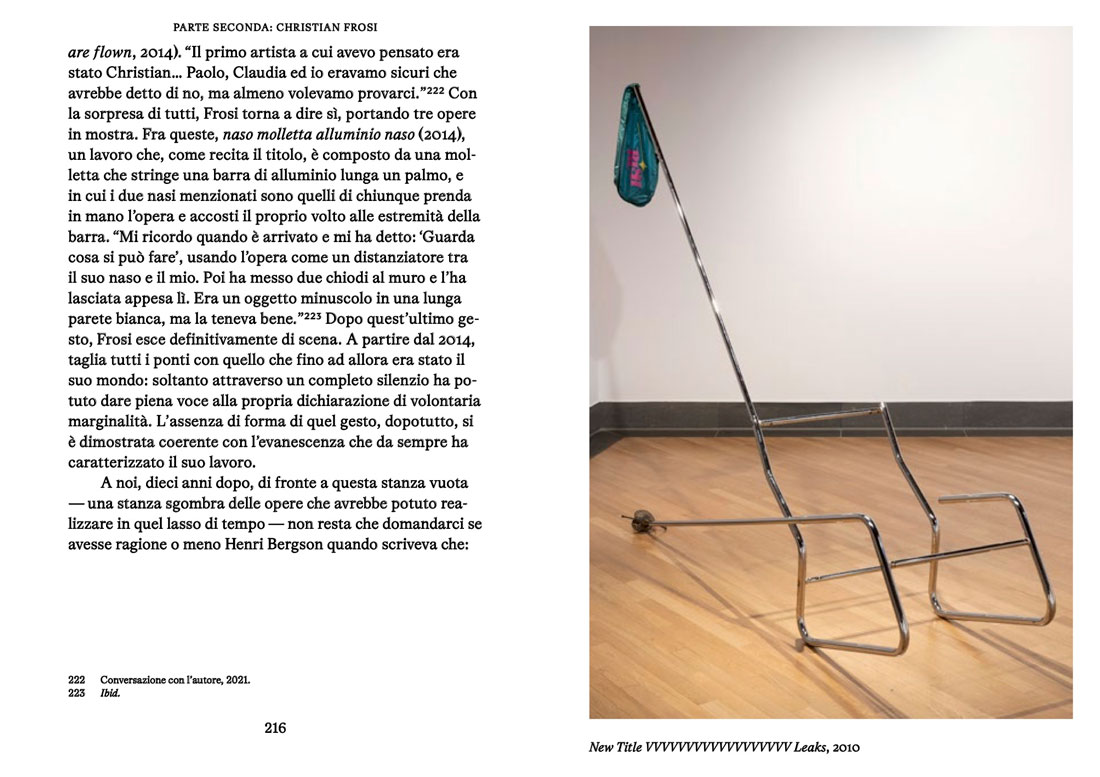 Christian Frosi (Milan, 1973) was long considered one of the most inspiring and promising Italian artists debuting in the early 2000s. That is until just over ten years into his career, when he decided to make himself unreachable and remove himself from art history, its customs and figures.
This choice brings him abstractly close to Marcel Duchamp, Agnes Martin, Lee Lozano, Charlotte Posenenske and the many other artists before him who decided of their own volition to stop producing art and participating in the art world (sometimes for a few years, sometimes forever). This publication speaks of all of them, with a twofold purpose: on one hand to write the history of Christian Frosi’s works and exhibitions — for the first time in an organized and timely manner — and on the other, to relativize the pages left blank through the stories of other “dropout artists,” each with their own particular destiny yet united by a common desire to escape.


The book is published in conjunction with the exhibition La Stanza Vuota [The Empty Room], curated by Nicola Riccardi and staged at GAMeC in Bergamo. This first-ever retrospective of Christian Frosi’s oeuvre featured more than thirty works embodying precariousness, transience and evanescence — constant elements in his enigmatic, transitory output.