Back
€ 15 Add to cart Listen
Chus Martínez on writing in a pandemic, family, and friends
Close
Chus Martínez Corona Tales. Let Life Happen to You

When she started writing the Corona Tales, Chus Martínez had been weighing how people and the media were addressing the outbreak of the virus as an unprecedented disaster. One possible contribution, as curator and writer, would be to write a short story a day and post it on an Instagram account that many could access… 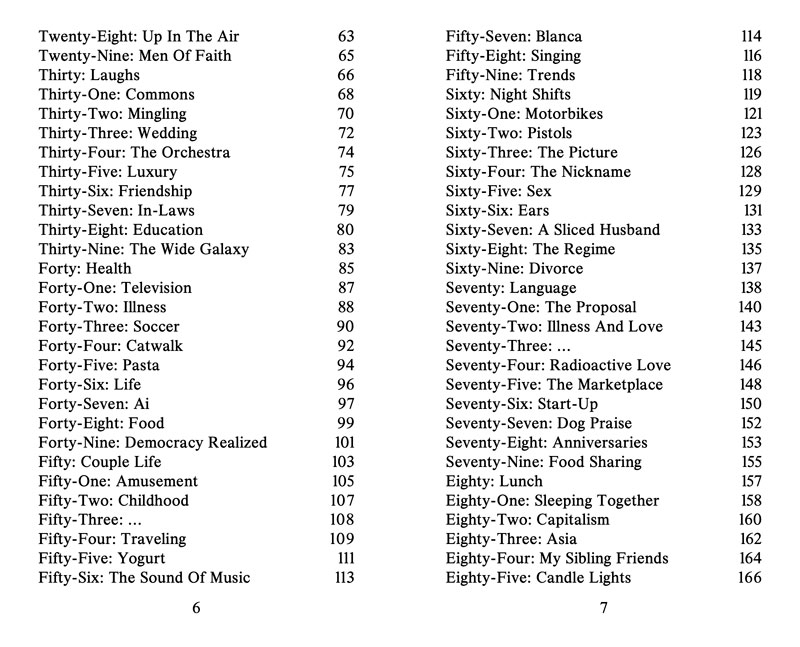 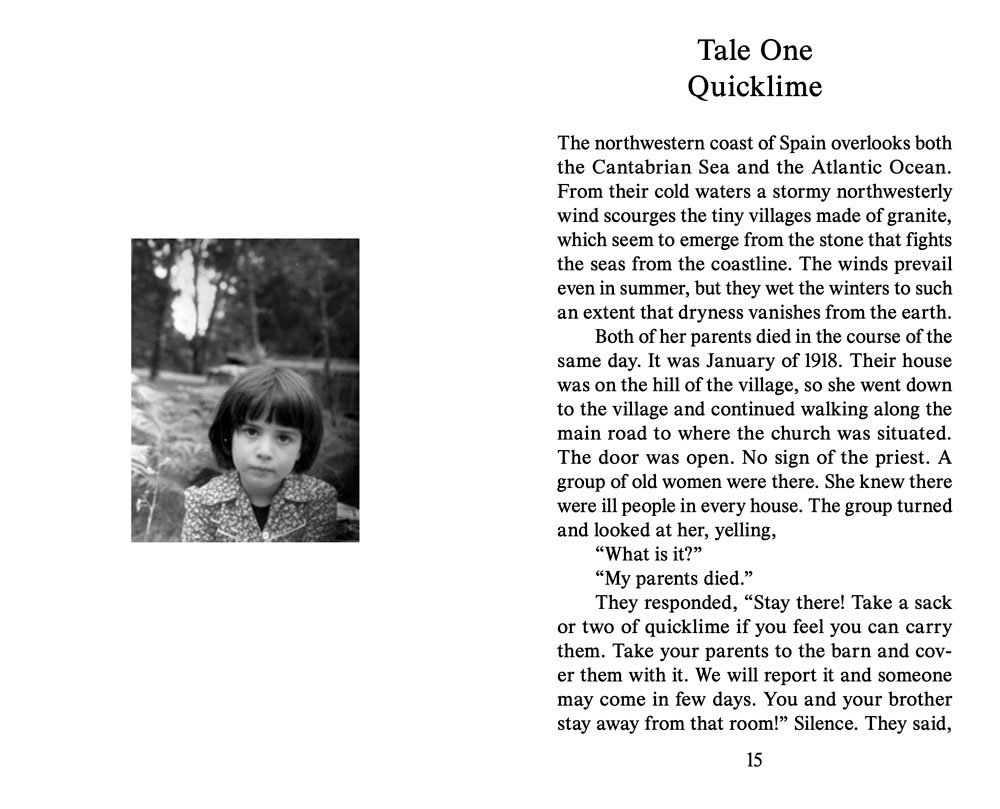 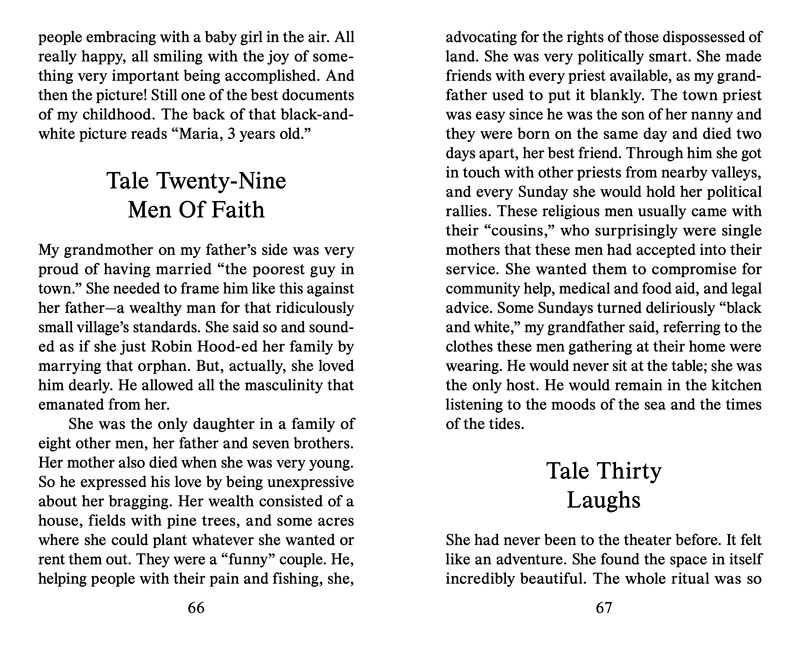 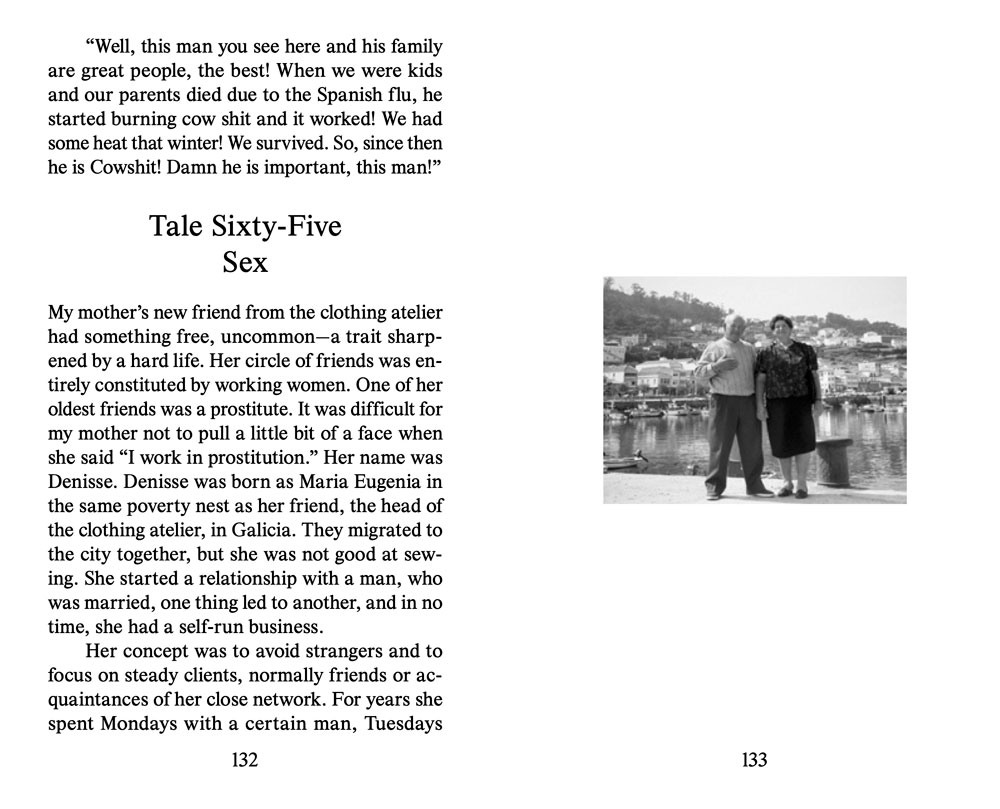 Martínez grew up with her grandparents till she was four, and so did her cousin, while both their parents migrated to a big city—hers to Barcelona, his to Basel—to work. The grandparents’ childhood was marked by extreme poverty: the Spanish flu left the grandfather orphan of both parents; the grandmother’s family, from the same small village in the north west coast of Spain, was also forced to encourage their children to help and work for money. These circumstances were reflected by them—with no trace of sorrow or bitterness.

The recovery was so slow that the author’s mother could not afford to attend school and it was only when she married that she and her father enrolled a night course. The stories about these two generations, posted daily, from Basel, around 7pm, offered a chance for gathering, if just virtually, demanding to identify vulnerabilities, how the COVID-19 crisis was being generalized, and how to research ways of doing. Accompanied for the first time in this book by new imagery, they provide tools for reflecting in the past and present tense.

“The effort to smile in the face of devastating circumstances is a sign of generosity that is embedded in our cultural codes. So, what could I do to entertain? Would they smile with the sweet embarrassment of reading stories on an open instagram account?” (Chus Martínez)

Born in Spain, Chus Martínez has a background in philosophy and art history. She is currently the Head of the Institute of Art of the FHNW Academy of Arts and Design in Basel, Switzerland, and Artistic Director of Ocean Space, Venice, a space spearheaded by TBA21–Academy. She sits on the advisory boards of numerous international art institutions, including Castello di Rivoli, Turin; De Appel, Amsterdam; Deutsches Historisches Museum, Berlin; and Museum der Moderne, Salzburg. She has been the Chief Curator at El Museo Del Barrio, New York and dOCUMENTA (13) Head of Department. Previously she was Chief Curator at MACBA, Barcelona, Director of the Frankfurter Kunstverein. Martínez has organized numerous exhibitions and publications with contemporary artists. She lectures and writes regularly including numerous catalogue texts and critical essays, and is a regular contributor to Artforum among other international journals.